The English Premier League has taken an interesting turn as the 2020/2021 season almost enters the second leg phase. The season has had twists and turns similar to a Bollywood  movie . Most predictions have hit a brick wall as unexpected results appear on the score board after every 90+. For instance who would have expected Liverpool to receive a beating worth 7 goals from Dean Smith’s Aston Villa. Some teams have been compelled to go back to the drawing board while others have had  ‘ slide in the park ‘ moments. More dust is expected as the scramble for the title or at least top four finish is on . The top slots are not for the faint hearted , the place is teeming with desirous combatants and any slight gaffe results to a precipitous downfall . It is therefore prudent to underscore the teams that are imminent threat in the premier league.

Aston Villa was at the verge of relegation last season . However , this season has seen the team phoenix into a formidable side having gathered 26 points out of the 15 games they have played . For a team that was at the brink of being relegated , it is a major achievement that will go down in the books of history. If you still think Aston Villa is an underdog at this point , the team is a position higher than one Chelsea , a team that is currently competing in the champions league . Dean Smith , the Aston Villa manager built a stronger team after escaping the jaws of relegation by a whisker. Ollie Watkins , Bertrand Traore and Matty Cash transfers added a muscle to the team as well as achieve good team coordination. Ross Barkley , a loanee from Chelsea also fabricated the midfield of the team. Aston Villa has proved to be a very hardworking team so far. Consistency might see Aston grab a top four position having played 15 games in opposition to the leaders Liverpool who have played 17 games . If Aston Villa win their two games in hand they stand a chance to share a table with the top three royals.

Pep Guardiola could lead his team into the top three if they keep their pace in check. Having played 15 games only , the citizens have a chance to add six more points to their 29 and maintain it at the top. Given their massive attacking front they might have picked up the right path. Last year the team was not at its best but recently , it seems they have discovered the right strings to play.

The red devils have every reason to smile as far as the English Premier league is concerned. Having made trips to Chelsea and Mancity and came out unbruised , the devils have maintained a long unbeaten run this season. Their star players already started eyeing the trophy after envisaging a possible tittle clinch. Man United have won 4 out of their last 5 games and seem to enjoy an almost sound defensive power , and attacking ability. The reds are notably one of the most successful teams in the world and  might just be on the verge of resuming with their trophy lifting business. However , pundits and fans have underscored the fact that it might be too early for the reds to start talking about the title alluding to the fact that they were knocked out of the champions league even after being topping their group.

The blues are waist deep into disarray and disorganization paving way for other teams to climb past them . Frank Lampard seemed to have received the loosing baton from Mikel Arteta and he is still not sure on what to do with the current situation. Chelsea boasted of having succeeded in securing deals with big expensive players who might now be big white elephants in the team. The team’s mechanics is low below the sea level as some unprecedented aimless crossing tactics have appear to be the new order of the day. Chelsea no nonsense owner Roman Abramovich has promised to end things with Frank Lampard if he does not deliver a top four finish.

Many more teams like Leicester, Everton and  Westham are showing some level of competence that might just make the English Premier League as interesting as it should be. Summary A mandera Bound Bus today on Wednesday hit an Improvised Explosive Devise. The bus reportedly flew into the sky then landed injuring several and killing 3 passengers. Detailed News Atleast 3 people have died and others injured when a mandera Bound Bus hit an Improvised Explosive Devise on Arabia road in Mandera county. The… 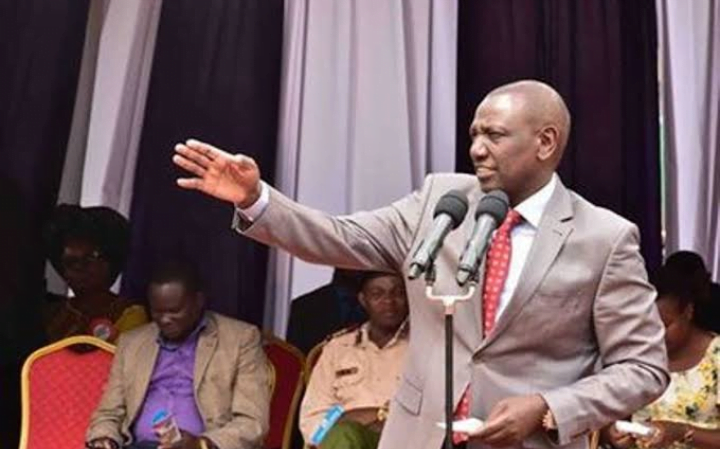 Kenya’s Deputy President William Ruto has put the blame of unachieved Jubille Agendas on the ODM party led by Raila Odinga. Ruto dates Jubilles woes back to the 2018 handshake which he believes has brought delays on the focus of the Jubilee government’s Agenda. Ruto has then challenged the ODM leadership, led by Raila Odinga…