The ÙSA being one of the largest countries on the globe has varying climatic changes from one corner of the country to another. Some states are the hottest ones, especially during summer, and other states are the coldest in the country. After going through climate analysis and the kept records, we are going to go through the most hot states in the US.

With the popular hot summers experienced in this huge country, researchers decided to dig in and get to know which states are the hottest in the country. The Southern Central and South-Eastern parts of the US are well known for the hot summers and the seldom rainfall in and around those regions.

After data research and analysis, we get to see that the average temperature in the states is relatively higher compared to other nations in the country.

The median temperatures in all the American states in a full year range from 70°F to 26°F on average. The National climatic center goes through the data and offers the annual average temperature levels of the states to know the hottest and coldest of all states.

Hottest States In The US Right Now

In the Northern and Central parts of Florida, people experience a moist subtropical climate while those from the south experience a tropical climate condition. From May to October, Florida experiences a fixed rainfall pattern. However, things take a sharper turn and the hottest period of the year pops in and lasts for 6-7 months i.e. October to late April or early May.

During summer, Florida’s minimum temperature ranges from 70-71 °F. Being one of the hottest states in the USA, activities during summer are limited. During these times people can only go to the pools or head out to the beaches to feel the cool and fascinating breeze.

The hottest month of the year in Hawaii is August. After stepping into May, the island receives little or no rain until September comes to pass. Being the hottest state in the United States, temperatures in Hawaii never go below zero on lower terrains of the land.

Despite being among the top list of hottest states in the United States of America, Louisiana is also considered one of the wettest states. It is well known for its steady rainfall throughout the year. Its location at a low altitude influences the rapid rainfall, especially between the month of April and September.

The humid climate traps heat in Louisiana making its summers as hot as 90 °F i.e (June to September). However, summer nights’ temperatures fall to a maximum average of 70 °F.

This vast state has a big variance in elevations thus making its climatic conditions vary from one place to another. In lower elevations, the climatic conditions are desert. The summers are broiling due to the extremely high temperatures recorded during the months of June, July, and August. Nonetheless, its winters are pleasant and full of activity.

During the month of August, the average temperatures can shoot to 93.0 °F  making it the hottest month of the year. However, Houston’s temperature can drop to 41°F in the month of January. During this month, temperatures in some parts of the state can drop below freezing point, especially in the western semi-arid parts of Texas.

People in this state experience subtropical climatic conditions all through the year. It’s well known for its length, humid and hot summers as well as its gentle and short winters. This state recorded the highest average temperature of 79.95 °F in July whereas the coldest month of the year is January with an average temperature of around 41-42 °F. Mississippi’s climatic conditions are highly influenced by its sweltering summers and balmy winters.

This state experiences a moist subtropical climatic condition with a median temperature of about 62.7°F. To the south of Alabama, warmer temperatures are experienced due to its adjacency to the Gulf of Mexico. The Northern parts of this state get to experience colder weather conditions due to the closeness to the Appalachian mountains. Alabama receives steady rainfall throughout the year with July recorded as the hottest month of the year.

Georgia encounters a subtropical moist climate with short winters and long, hot summers. Being one of the hottest states in the US, Georgia can record a maximum average temperature of 95°F during the month of July. Low temperatures hop in January thus recording an average of as low as 51°F.

With June being the hottest month of the year in South Carolina temperatures during the day can rise up to 90°F and drop back to 69-70°F at night. They experience hot summers and cold winters.

California experiences a diverse climate that varies from one part of the state to another. Depending on the location’s proximity to the coast and variations in altitude. June, July, and August months are known to be the hottest months of the year; recording an average of 70°F as the highest and 45°F as the lowest. The coldest months of the year in California start in December to late February or early March.

Oklahoma experiences a subtropical climate with lengthy, hot summers and cold winters which usually start in January; recording temperatures of up to 26°F at night. The broiler weather condition kicks in July whereby temperatures can rise to 93°F.

Arkansas’ adjacency to the Gulf of Mexico highly influences its climatic conditions. July is the hottest month of the year recording a maximum of about 93°F and a minimum of up to 72°F. January is the coldest month recording an average temperature of 50°F.

This state experiences varying climatic conditions from one location to another. It receives a steady downpour, especially around the Appalachian mountains. Its summer season runs from June to August; recording a maximum average temperature of up to 91°F. The lowest temperature was recorded in January, the coldest month of the year.

Summers in this state are sweltering while the winters are relatively pleasant due to the cool temperatures characterized by the Appalachian mountains. Tennessee receives rapid precipitation throughout the year with a maximum average temperature of up to 90°F recorded in July, the hottest month. January is the chilliest month of the year recording lows of up to 28.1°F at night.

This is the driest state among the 15 hottest states in the US ranked. It records extremely high temperatures all through the year. This is characterized by its geographical location in the desert thus experiencing arid and semi-arid climatic conditions all across the state.

Nevada comes second after Arizona with the second-highest recorded an average temperature of 104°F during the month of July with December being its coldest month with the lowest temperatures.

Video Of The Most Hot States In America

What is America’s hottest city?

The hottest city in the US is Key West, FL with a temperature of 78.1°F

What is the coldest state in the US?

The coldest state in the United States is Florida.

Is Las Vegas the hottest city in the US?

No, Alaska is not the hottest city in the United States.

Does anyone live in death valley?

Which states in the United States do not receive snow?

Which state is hotter? Arizona or Texas?

From our hottest states in the US Rank list, we conclude that Arizona is hotter than Texas.

What temperature is too hot for human survival?

35° Celcius and above is the temperature that is too hot for humans.

These are states with the warm, warmer, and the warmest of all which Hawaii is the warmest. Florida and Arizona come second and third respectively. In the United States of America, the hottest months range from June to August; welcoming the summer season while the coldest (winter months) kick in from December to late January or early February. The winter and summer seasons in the US are characterized by the rise in temperature and the low temperatures recorded during the year as well.

A guide to buying an abaya in Qatar People living in Qatar and the Middle East generally, are aware that an Abaya is a sign of respect, dignity, modesty, and a convenient way to abide by the Islamic clothing code. An abaya is a long flowing robe covering the entire body from the neck to…

Learn tile fixing for 100 shillings and start your tile fixing hussle today With the ever increasing construction and the need for structures in kenya, real estate is a gold mine in Kenya. So is the tile fixing skill, unfortunately, institutes shall charge you a fortune to learn tile fixing, a skill you could learn…

30 Women with 5kg Gold Arrested in JKIA Summary 30 travellers on board at the Jomo Kenyatta International Airport intercepted, 15 arrested, and the flight cancelled for more investigation on the 23rd of November. 15 Women on the flight are body searched and caught with 4.8 Kilograms of Gold & Jewellery. Detailed News 30 Women…

SD movies point is a torrent site that enables one to download their favorite movies from across the world. The platform is said to have millions of active users. SD movies point has a wide collection of Hollywood, Tollywood, and Bollywood films all for free. There are also various Malayalam, Punjabi, Kannada, and Pakistani films for free…. 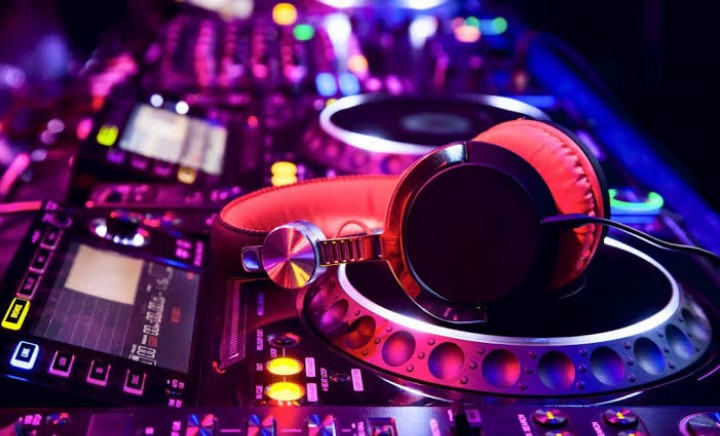