What are the top 10 highest mountains in Africa? Africa has some of the most marvelous mountain ranges in the world.

Many people picture the landscape of Africa as a continent of vast savanna plains like the magnificent Serengeti or of scorching hot deserts like the Sahara, and extensive tropical forests like the Congo.

But Africa also boasts some of the tallest, most spectacular mountains in the world. So tall that they rival the Swiss Alps in terms of beauty, the magnificent Rocky Mountains as far as jagged, snow-topped peaks, and even Mt. Everest in terms of climbing prestige.

There are tons of mountain ranges in Africa, from the Atlas Mountains in Morocco to the Drakensberg Mountains in South Africa.

The highest African mountain is Mt. Kilimanjaro, which has three peaks, named Kibo, Mawenzi, and Shira, of which Kibo is the tallest.

Mount Stanley, located between Uganda and the Democratic Republic of the Congo, ranks third and its height is 5,109 meters.

Mount Siemen/Ras Dejen is the 9th tallest mountain in Africa and the highest point in all of Ethiopia.
It is part of the Simien mountain range in northern Ethiopia and is one of the main attractions of Simien Mountains National Park.

It was formed between 20 to 30 million years ago as the result of volcanic activity, this region is renowned for its incredibly rich biodiversity.

However, the precarious state of some of its fauna and flora contributed to its listing as an African World Heritage Site by the United Nations Educational, Scientific, and Cultural Organization (UNESCO) in 1978.

Of particular concern were dwindling numbers of the Walia ibex which is not found anywhere else in the world but in the Simien mountains area. Thankfully this scarce species is now making a comeback thanks primarily to a concerted conservation effort that began with the park achieving World Heritage Site status.

Mount Meru is a stunning destination in its own right. It is located in Arusha National Park in northern Tanzania.

Mount Meru is a volcano, and its last major eruption was almost 8,000 years ago.

Because it sits within one of Tanzania’s national parks, a visit to Mount Meru also entails a close-up view of the area’s wildlife, including buffalo, giraffes, and elephants.

The potential danger that these animals pose to hikers is quite eminent and armed rangers accompany adventurers as they make their trek up Mount Meru’s slopes.

Its lower half (up to 9,500 feet/2,900 meters) is blanketed with lush rainforests, which eventually give way to more jagged, rocky features that are typical of volcanic mountains.

Those who make it to the summit of Mount Meru (Socialist Peak) are rewarded with a spectacular view of the volcano’s crater.

Named after Italian explorer Romulo Gessi, who is also credited with discovering the source of the Nile River, Mount Gessi lies in the northern portion of the Rwenzori Mountains National Park.

Like so many of the other African mountains on this list, Mount Gessi is a contrast between lush, green ecosystems full of fauna and flora at lower elevations, and jagged, volcanic formations at higher elevations.

Rwenzori Mountains National Park along the border of Uganda and the Democratic Republic of Congo is home to five of the ten highest mountains on the African continent.

Mount Gessi, along with other summits in the Rwenzori range, once had prominent glacial ice at their peaks, which are now rapidly succumbing to the effects of global warming and climate change.

But it boasts of established trails and the availability of guides from local tribes.

Overnight stays on the mountain are made more hospitable with huts and cabins set up on the mountain, and the summit is accessible from both the Ugandan and Democratic Republic of Congo sides.

The 6th tallest mountain in Africa is Mount Emin which is also the sister mountain to Mount Gessi in the Rwenzori range.

The two are separated by a deep, narrow valley that runs in a north-south direction.

Whereas Mount Gessi is on the Uganda side of the valley, Mount Emin is situated on the Democratic Republic of Congo side.

This mountain is named for well-known explorer Mohammed Amin Asha, who trekked across vast portions of the continent in the late 1800s.

The first documented ascent of Mount Emin was made by Italian explorer and prolific mountaineer Prince Luigi Amedeo, Duke of Abruzzi, who is credited with climbing a significant number of mountains throughout Africa.

Mount Luigi di Savoia in the Rwenzori range is named after him as a tribute to his accomplishments in Africa.

The story goes that when Ptolemy visited the area many centuries ago in search of the source of the River Nile, he was so struck by the sight of these mountains that he referred to them as the “Mountains of the Moon.”

Three of the five highest mountains in all of Africa are found in the Rwenzori mountain range.

It is prevalent among so many of Africa’s taller mountains, the ecosystems found on the mountainous slopes beneath the alpine tree line sustain incredibly vast and diverse flora and wildlife, many of which are rare and unfortunately, endangered.

The fourth-highest mountain in Africa is Mt. Speke in Uganda and is also the second-highest in the Rwenzori mountain range.

Some of the unique challenges that Mount Speke poses to climbers are shaped by the same forces that sustain the delicate, yet thriving, ecosystems at the mountain’s lower elevations.

The Rwenzori mountain range sits within the equatorial belt that encircles the globe. As such, it is subject to seasonal monsoon rains that provide life-giving water to flora and fauna but create slick, slippery, and hazardous conditions for climbers.

Mount Stanley is the mightiest among the Rwenzoris and is the third highest in Africa.

Together with Mount Speke and Mount Baker, these three mountains align into a towering triangle that encloses the Bujuku Valley below.

The summit is marked by prominent twin peaks, Margherita and Alexandra, as well as several subsidiary peaks.

The entire region was shaped millennia ago by the presence of extensive glaciers. The Bujuku Valley now lies where a massive glacier once resided.

The six highest mountains in the Rwenzori range were once capped by glaciers, but unfortunately, only the three highest have visible glacial ice remaining, and only Mount Stanley has any significance.

Some studies suggest that by 2025 all Rwenzori glaciers will have melted away.

The persistent mist that shrouds nearly all of the Rwenzori mountains and Mount Stanley, in particular, adds to the serenity that pervades the entire region, from the valleys to the summits.

The second-highest mountain in all of Africa is an extinct volcano. It is also referred to as the “Place of Light.”

Furthermore, the mountain has three summits, Batian, Nelion, and Lenana. They are typically snow-capped.

Although it sits near the equator, Mount Kenya receives a substantial amount of snowfall each year.

Unlike most other mountains of its stature in Africa, Mount Kenya serves an incredibly vital role in the area’s ecosystem. It supplies fresh water to nearly seven million people in Kenya.

Like so many East African mountains, Mount Kenya has zones that vary with altitude.

At the sub-alpine zone are dense forests, vast meadows, and open lands that are home to elephants, buffalo, lions, leopards, antelope, and other animals.

Mount Kilimanjaro is the highest mountain in Africa.

Situated in Northern Tanzania close to the Kenya border, Mount Kilimanjaro – also known as ‘the roof of Africa’ or simply as ‘Kili’ – is the tallest mountain in Africa and the highest freestanding mountain in the world, with a summit of about 5,895 meters from its base

Mount Kilimanjaro is an awe-inspiring sight rising above the plains and grasslands of northeast Tanzania.

It is one of the largest freestanding mountains in the world, dominating the Tanzanian horizon for miles and miles.

Mount Kilimanjaro’s summit consists of three primary peaks, which are all volcanoes; the highest of the three is Kibo (dormant), followed by Mawenzi (dormant) and Shira (extinct).

Kilimanjaro, as is affectionately called by native Tanzanians, is in select company as Africa’s representative in the Seven Summits, which are the highest peaks on each of the seven continents.

It is also incredibly massive in terms of sheer size, measuring approximately 40km across and occupying roughly 1295 square kilometers at its base.

There are five Mount Kilimanjaro climatic zones from its base to its summit: rainforest, heathland, moorland, alpine desert, and arctic

There is often confusion about the use of specific terminology.

When it comes to the word “mountain,” it seems to be used interchangeably with the terms “peak” and “summit” quite liberally.

However, for geological accuracy, these terms are distinct, and each has a specific meaning:

A Mountain – A geological, or land, a feature that rises 1,000 feet (304 meters) above the immediate surrounding area.
A Peak – A point on a mountain that is higher than other local points. A mountain will very often have multiple, if not numerous, peaks.
A Summit – The highest point on a mountain. Every summit is also a peak, but not every peak is a summit.

Most lists are often made using sheer altitude without regard to whether a mountain is truly a mountain or simply a named peak.

This list, therefore, ranks actual mountains with a minimum prominence (distance from the summit to the lowest immediately surrounding terrain) of 1,300 feet (about 400 meters).

In conclusion, climbing these mountains require safety measures. It is paramount to ensure that you are accompanied by either an armed park ranger, guide, or porter.

This is always strongly recommended or required by local law. Although natural beauty abounds, there are dangers to be wary of, some related to local wildlife and others to human-made causes such as war or political strife. 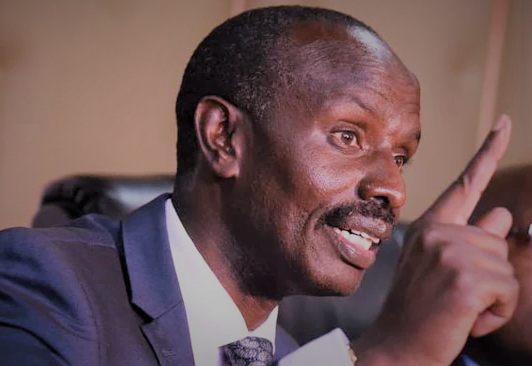 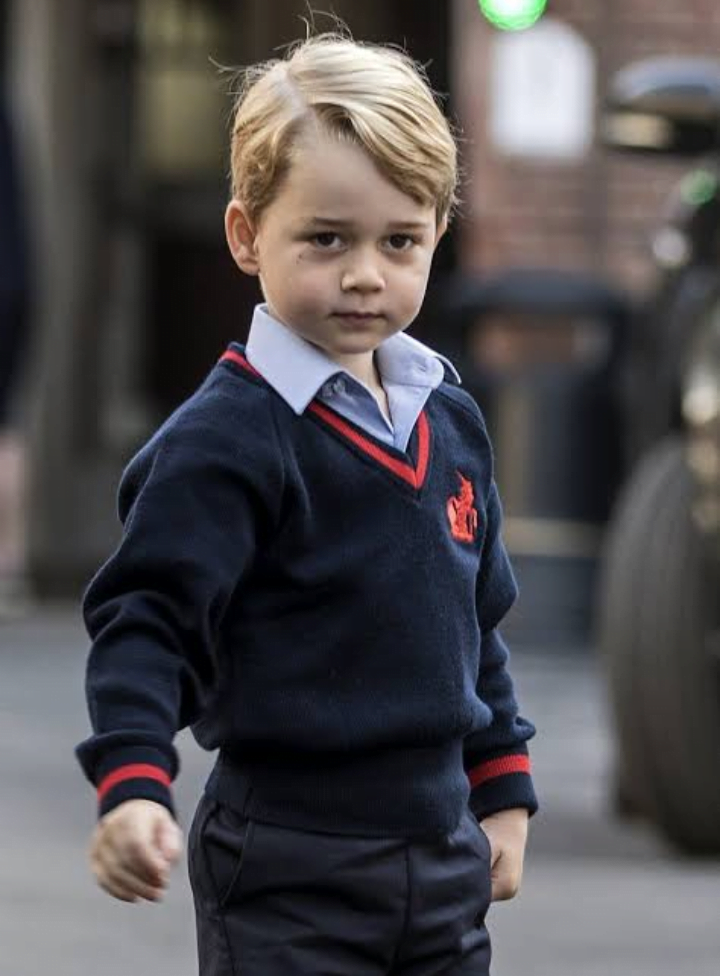